In Love with a Dollar

So, I had a truly special (sort of) moment today.


Okay, so basically, I started my nursing orientation today! I am officially now, an ACTUAL NURSE in a writer's body......Maybe I should change my motto/title/slogan?? Hmmm.....


but anyway, we got a late start to orientation because the hospital-wide orientation was still finishing up this morning so I was able to eat lunch before I went in. Well, my favorite kind of lunch is at this one deli in my town. I visit so frequently that the deli guy starts making my sandwich (same thing every time- I'm boring), as soon as he sees my car park. So being that it was a beautiful day out, I decided I wanted to have a special lunch that I could cross off my bucket list-- Eat a deli sandwich in my favorite park. Its only right down the road from the deli and I have always said I'm going to go have a picnic and yet I never actually do it. So being that it was sort of a big emotional/important day, I decided it was a good time to just do it.


Well, went I went to pay for my sandwich, I happened to glance down at my dollar that I was giving to him and realized "I love you" was written on it. AW! It's just like a movie! So, I immediately took it back and gave him another dollar. I wanted to keep this special dollar forever and quite possibly frame it because it was just that adorable.

I mean, what was the story behind it? Who wrote it to who? Why did they give it away? Was that a friendly reminder of love? Was it a desperate attempt to get someone back? Was it even romance, or possibly family? Either way, it was truly just....one of those adorable moments.

So, I went to the park, sat down and started my sandwich, thinking about this dollar. I pulled it out to look at it more, and decided to take a picture: 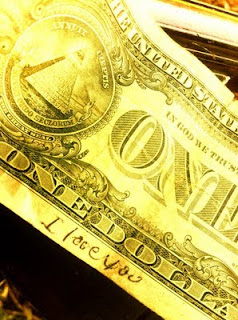 So I continued eating my sandwich, and moved about my day, made so much better by this little dollar and the message.
Well, I got to work, and reached for the dollar in my pocket, so I could take it out and put it in a special spot so I wouldnt accidentally use it. Well, no dollar. Turns out the dollar must have slid off the bench possibly when I wasn't looking at the park, and I forgot to look for it on my way out. So, dollar was gone. I was really pissed at myself. Found such a cute dollar and couldn't even spend more than 10 minutes with it.
But then.....I realized something. If I had kept it, no one else would get to see such beauty. And what would I do with it, really? It would go in my keepsake drawer and get looked at every so often, but its not like the dollar was written for me, so it really had no additional meaning to it. So I'm glad I left it in the park. Its not like it was $100, it was $1. And I hope it blew away and landed in someone elses hands, to find it one day and feel like they found such a treasure, as I did today, and they give it away, and then all the world can see it, passed from hand to hand, cashier to cashier.
Is there a website out there with cute little messages on money? Probably is....I know there is the dollar tracking website. I should try tracking that dollar! OoOo. Fun :)
But anyway, Day 1 of orientation was swell. Had to swag a 5 hr energy just so I could bring myself to a level where I could not yawn every 4 seconds, and pay attention. Because I have never had to pay attention at anything more serious, I think. So I learned new things....the next couple days should be fun, and then I start on the floor!! AH!
So, thats about it....sorry not too many blogs lately, just not much to write about. Sort of in limbo...not working (well, not until now), not in school, not babysitting really....so....yeah :( Nothing topic-worthy.  ﻿

Keep the title =D
And I love this post with many hearts.